We may feel blessed living in a digital era. Work is being done without leaving the comfort of our house. But digitalization has not only proved to be a boon for the entire world but also brought its own sets of dangers; two sides of the same coin you might say. Having an online presence is not only a threat to an individual’s security but big corporations, companies, banks, and even the entire government can be brought to its knees with a sophisticated cyber attack. Our privacy and data security have never been so important before now. The threat of data being stolen is ever-present since most of the information is being stored online. And this is where CYBERSECURITY comes into play; to curb the threat of cybercrime/cyber-attack.

What cybersecurity is; is that it is a different set of methodologies that can be employed to protect the integrity of data, programs including networks from any kind of attack or unapproved access.

Since every business now uses cloud computing for data storage, it is crucial to defend computers, servers, smartphones plus networks to protect sensitive information and data from malicious threats.

WHY CYBERSECURITY IS NEED OF THE HOUR?

Every individual is connected to the internet and not everybody is familiar with the safe practices related to internet browsing; so there is tons of data for black hat hackers to exploit. These individuals (black hat hackers) are exploiting the vulnerabilities of access points, public IPs and creating malicious software for personal gain. Cyber-attacks are getting more and more sophisticated which helps the attacker bypass the virus scans and firewalls which can be mind-boggling for many people.

So a protocol needs to be followed so that we can defend ourselves from cyber-attacks and can prevent confidential data from falling into the wrong hands. This is the reason we need cybersecurity.

Malware/malicious software is a file or code, that can either steal your data, destroys it, or can give access to your device to the culprit. Malware can infect your computer in various ways since it has numerous types. The capabilities of malware can vary from type to type, but the following are some of its functionalities – It is one of the most common attacks performed. This is generally done by sending a fraudulent message that appears to be coming from a known/reputable source; mostly done through email. This form of attack is usually done to steal credit card information or login credentials.

The tactic is to lure the victim. The message seems like coming from a credible source. If the person somehow gets outfoxed, he is led to a scam website to fill in login information or the credit card where it gets stolen.

MAN IN THE MIDDLE ATTACK

This attack is based on the concept of eavesdropping, where an existing conversation or data transfer is interrupted by the attacker. For instance, two parties A and B are having communication or data transfer from their devices. The attacker i.e C will interrupt the ongoing process. The attacker will impersonate as A to B and as B to A. And this way he will be able to retrieve confidential information from both parties and can send malicious links to either party; which when realized would be too late.

Its KEY FEATURES are –

A denial-of-service attack is as the name suggests, that the computer is unavailable to provide services or a specific function that the user intended to use. It is done by sending an overwhelming amount of requests to the targeted system until the normal traffic is unable to be processed which results in denial-of-service.

DDOS(Distributed denial-of-service attack) is similar to DOS except it is done from the distributed sources unlike the latter, which is performed from a single system.

A common attack vector that utilizes malicious SQL code to gain access to confidential information by manipulating the backend database. From sensitive information to contact information of clients, anything can be accessed. 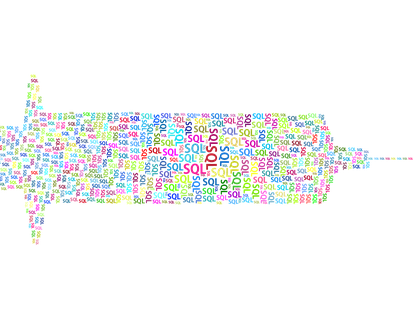 A successful SQL attack can be devastating for the targeted company. The attacker can gain administrative rights which can give him access to every single piece of information that can be a huge blowback to the company.

Zero-Day exploit happens when a new software vulnerability is discovered by the hackers to exploit it before the software developers find about it and fix it with the patch. In essence, the developers have “0” days to fix the problem.

Cross-site scripting/XSS is another type of attack based on the concept of injection. Firstly the attacker goes to a trusted website to inject a malicious script. Afterward, the same web application is used to send malicious code to the different end-users, generally in the form of a browser site script. A malicious script is sent to an unsuspecting user by the attacker using XSS.

The script gets executed since the browser at the user’s end has no way to know that the script cannot be trusted because it thinks that it came from a credible source. And as a result, the information retained by the browser and used by the sit gets compromised. Ransomware is derived by combining the words ‘ransom’ and ‘malware’. The attacker uses this attack to encrypt the vital information of the victim and extract ransom in exchange for it. Access to the files, databases, or application is denied to the intended user or organization by encryption. To gain access ransom has to be granted.

There would never be a chance when your system will be  100% protected from the attackers they are getting smarter and their attacks. But what we can do is follow protocols to ensure there is minimum chance of getting affected by the attacks such as safe internet browsing, installing anti-virus to the system, employing firewalls to control incoming traffic. 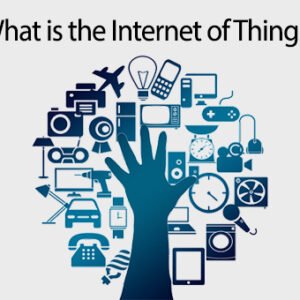